The development strategy adopted by LPP with the western and southern parts of Europe as its focus brought the expected results and revenues of just over PLN 4.3bn at the end of the third quarter of this financial year. Given that the Russian market is excluded in both comparable periods, this means sales dynamics of almost 40% YoY. The gross margin in the period under review fell to 51% due to unfavourable exchange rates, the increase in the share of the Sinsay brand in total revenues, and the need to sell off products destined for eastern markets. Despite this fact, the company generated a net profit of PLN 395m between August and October. The omnichannel sales results are mainly the outcome of the implementation of the plan to open new stores and e-commerce debuts in new markets. As a result, at the end of October this year, LPP offer was available in 1,837 stores located in 25 countries and in 32 online markets.

– Despite another quarter affected by the situation across our eastern border, we decided to focus on implementing our business plans and strengthening the presence of our brands in markets that guarantee us a stable situation for the company. As the financial results generated in the period from August to October show, this was the right decision. Comparing the third quarter of this year with the same period of the previous year, excluding operations in Russia, we can speak of a nearly 40% YoY increase in revenues. This is primarily the result of the successful casual Mohito collections for the autumn-winter season and the good reception of Sinsay’s offer in new markets, both in traditional stores and online. This is a good sign for us for the coming year as well. Given the continuing inflationary pressure and the expected increasing tendency to reduce consumer spending, investments in the development of value-for-money brands are, in our opinion, a good direction – comments Przemysław Lutkiewicz, Vice-President of the Management Board of LPP.

Thanks to investments in the development of online stores in new markets and increased marketing expenditure, the past quarter was marked by double-digit growth in e-commerce for LPP. Sales in this channel accounted for 23.6% of the Group’s sales and brought the company over PLN 1bn in revenue. At the same time, 71% of purchases were made via mobile devices. The growing interest in this form of contact among customers is also confirmed by the popularity of the Sinsay brand app, which in less than six months from its launch secured a place among the most popular mobile applications in Poland, already generating 40% of the brand’s domestic sales. For Reserved, on the other hand, it was as much as 45% The clear trend of seeking quick and easy access to the offer of clothing brands has prompted LPP to make further investments in this area. The company made a decision on the roll-out of Reserved and Sinsay mobile apps in further European markets with the highest e-commerce growth rate in the third quarter.

The share of revenues generated abroad at the end of the third quarter accounted for nearly 60% of the Group’s revenue, with an increase in retail floorspace of almost 24% YoY. The top countries with the highest nominal sales again included Romania, as well as the Czech Republic and Ukraine, where 122 stores were operational at the end of October. The growth potential abroad, forecast on the basis of interest in LPP’s brands offer, prompted the company to accelerate the launch of stationary sales of the Sinsay brand in further markets and to maintain its plans to expand Reserved retail floorspace.

– The observed sales dynamics in European markets confirm our conviction that the decision taken after our exit from Russia to strengthen our presence in this region was the right one, and we are maintaining our goals despite the numerous challenges that still arise. We are continuing to prepare for next year’s debut of Reserved in two locations in Milan, as well as to expand in the important markets where we are already present, adding, among others, three new stores in London and a new location in the German market to the flagship brand’s shop portfolio. In turn, we view the positive reception of Sinsay’s offer in the new online markets as a good forecast for the planned acceleration of the debut of the brand’s stores in Italy and Greece later this financial year. We are convinced that the decision to open a design centre for our youngest brand in Barcelona, which was also completed this year, will allow us to better anticipate expectations and align our collections with the tastes of consumers in the markets where we see the greatest potential for development – adds Przemysław Lutkiewicz.

The fulfilment of LPP’s business plans in the third quarter was accompanied at the same time by a significant increase in costs in all categories. The increase in operating costs by almost 50% YoY is mainly inflation-based, related to higher costs of traditional stores – energy charges, higher wages and growing costs of materials and logistics, as well as higher spending on e-commerce – mainly in terms of online marketing.

The LPP Group’s stock levels in the period under review were also strongly influenced by the market situation and the need to change business plans. Despite a decrease of nearly PLN 1bn compared to the previous accounting period, their level in nominal terms was 17.5% higher YoY and slightly more than 32% higher YoY per m2 of retail space. This is, on the one hand, a result of the withdrawal from Russia along with the goods destined for this market, as well as orders for the autumn/winter season which were realised more in advance and accounted for around 90% of the stock at the end of October.

– We are keeping a close eye on the market situation and customer reactions to the changes that are taking place. And although we have not yet seen the effect of reduced demand for clothing in the third quarter of this year, we expect that the first months of the coming financial year may bring us a significant slowdown, which we are already preparing for. A rational cost policy and the adaptation of our merchandising and inventory management strategies to the expected levels of demand are key factors at present to respond to the unfavourable macroeconomic situation. And while we are not abandoning our plans, bearing in mind the future and the stability of the company, today we are looking at profitability of investment with much greater care. We are convinced that even in the face of the expected crisis, it is the strengthening of our presence in regions that guarantee the safety of our investments that will allow us to survive this difficult period for the industry and build the foundation for further development of the company in the long term – comments Przemysław Lutkiewicz.

The investments carried out by LPP this year, for which the company plans to spend a total of PLN 1.1bn, concern not only the development of the retail chain. The Gdańsk-based company has also decided to expand the Reserved brand’s offer with an assortment from the ‘home’ segment. The new product line will be available online already in the spring-summer 2023 season. 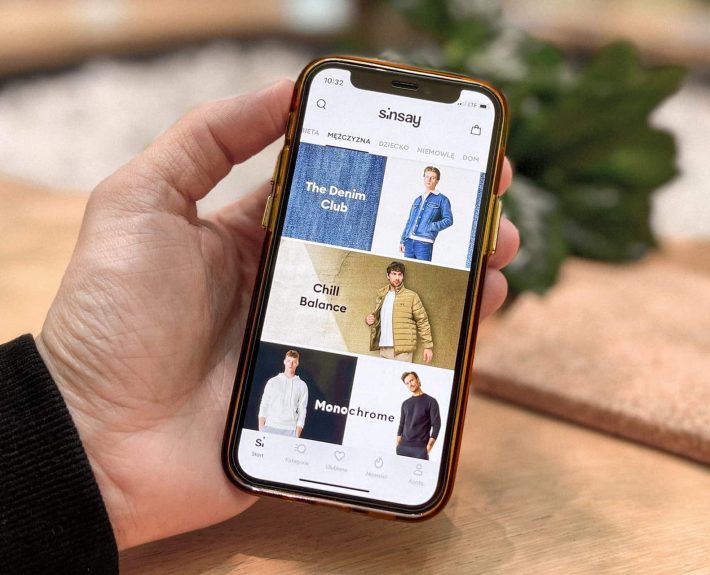 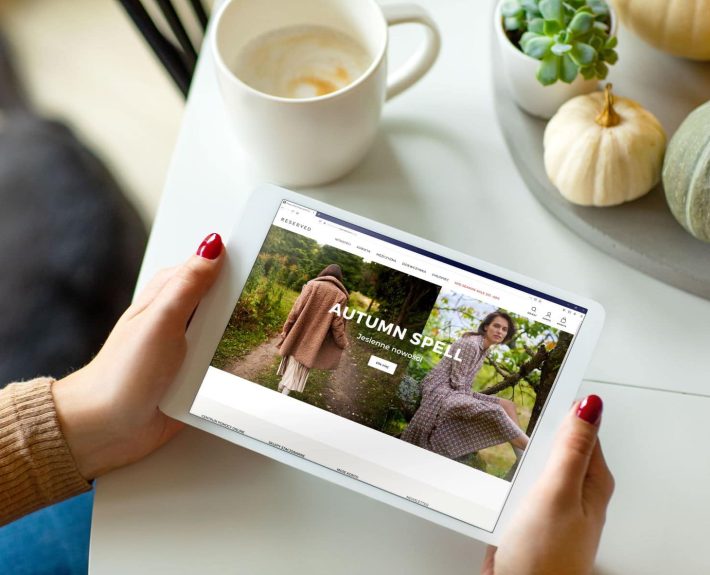 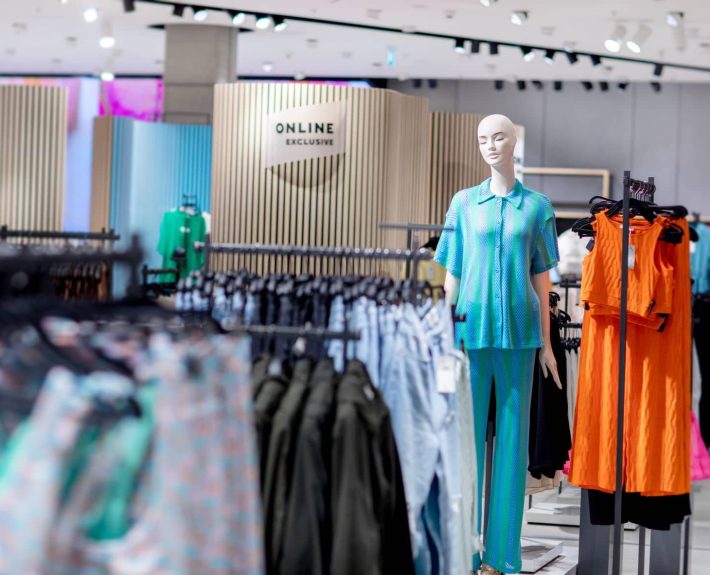 LPP is a Polish family business and one of the fastest growing clothing companies in the region of Central and Eastern Europe. For 30 years, it has been successfully operating in Poland and abroad, offering its collections in such prestigious capitals as London, Helsinki or Tel Aviv. LPP SA manages five fashion brands: Reserved, Cropp, House, Mohito, and Sinsay, whose offer is available today in stationary and online stores in nearly 40 markets worldwide. The company has a chain of over 1800 stores with the total area of 1.5 million m2 and distributes clothing and accessories to 3 continents every year. LPP also plays an important role as it employs over 24 thousand people in its offices and sales structures in Poland, Europe, Asia, and Africa. The company is listed on the Warsaw Stock Exchange in the WIG20 index and belongs to the prestigious MSCI Poland index.