In 2015, the sum of taxes paid by LPP in Poland exceeded PLN 658 m. Such a result was possible thanks to the efforts and commitment that we put into the development of the company not only in Poland, but also abroad.

In 2015, LPP launched its operations on new foreign markets. We started selling our products in Egypt and Qatar, among others. Such activities translated into the Company’s overall growth, which, in turn, contributed to the payment of higher taxes in Poland. Owing to that, LPP has provided a real support to the domestic economy.

We are committed to continuous development and do not plan to slow down. Our further growth will allow the taxes paid by LPP to the Polish state budget even higher in the coming years.

The table below shows the amount of taxes paid by LPP in Poland in 2015. It lists the individual types of tax obligations of our Company. All taxes have been aggregated to show the total contribution of LPP to the state budget in that period.

Taxes paid to the state budget in 2015

In 2015, the total amount of taxes LPP paid in Poland exceeded PLN 658 m. This amount consisted of various levies and taxes. The highest amount was paid to the budget on account of VAT, which amounted to over PLN 412 m. Customs duty related to the growing export of goods to foreign markets amounted to nearly PLN 150 m. CIT, in turn, paid by LPP in 2015 amounted to PLN 44 m.

Our obligations in respect of the state budget are not only taxes, but also contributions from employees and the employer, i.e. ZUS (Social Insurance Institution contributions). They result, among other things, from the increase in employment in LPP. The total amount of all ZUS contributions in 2015 exceeded PLN 32 m.

Taxes paid to the state budget in 2015 (in PLN thousand) 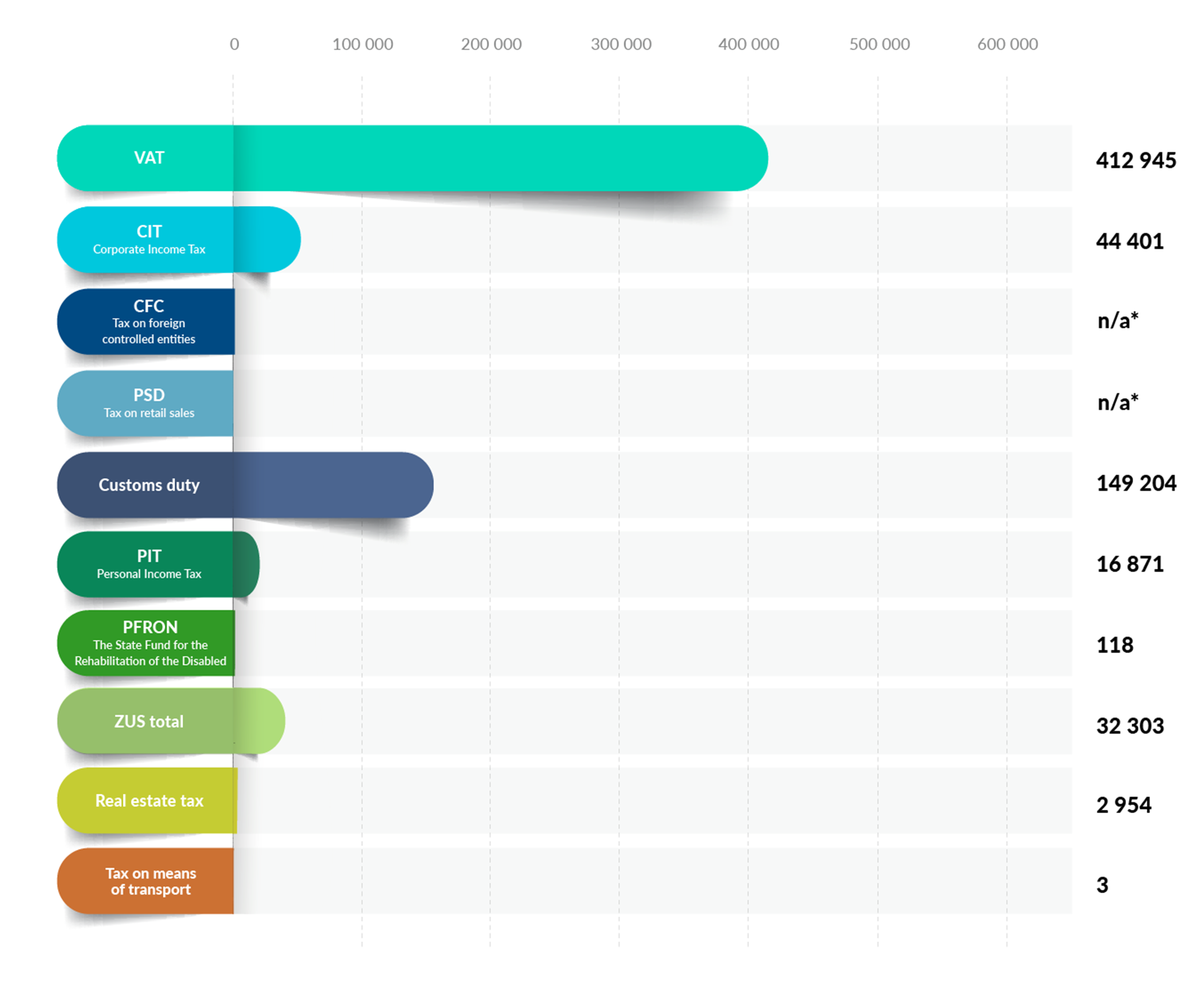